Sparrow Arc teams up with 'Evangeline'

It has become a cliché to say that a restaurant reminds you of Paris. But Erik Desjarlais has done such a wonderful job evoking a Parisian bistro at his new restaurant Evangeline on State Street in downtown Portland, that it would be remiss not to make comparisons. 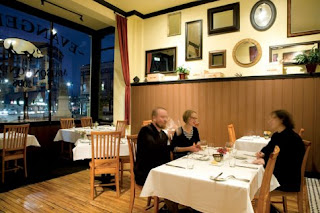 The huge glass window offers great views of Longfellow Square. Below the logo on the window is a picture of a pig and the inscription “Maison Fondée En 2008.” The ceilings are high, behind the bar nests an eclectic assortment of mirrors, and a huge black chalkboard announces the daily specials.

The staff plays the Parisian part, too. The waiter is dressed in black pants and vest, starched white shirt, and with a traditional white bistro apron folded at his waist. He delivers hot, airy, cheese-filled gougères to start the meal. Edith Piaf plays on the speakers, her smoky French voice filling the small thirty-eight-seat room. There is peppery focaccia and crusty bread served with soft butter adorned in a poached eggcup. The waiter is exceptionally knowledgeable about the wine list and suggests a Stephen Ross Pinot Noir. He describes the wine as “silk on your tongue.” Turns out this is not pretentious, but accurate.

For the most part, the best bets at Evangeline are the bistro classics. The marrow bones are Flintstone size and served with gray salt that balances out the rich meat that lies in the center.

The frisse salad served with “house-made pancetta” and a hen’s egg is a delicious misnomer. Instead of Italian-style peppery smoked bacon there is a large square of pork belly that’s so tasty and tender you don’t need a knife to cut it. The oysters on the half shell taste fresh, but don’t sparkle. The calf’s brains, sautéed with briny capers, are melt-in-your-mouth tender and burst with flavor. The steak frites offers a tender, well-cooked, beautifully seasoned piece of beef with excellent, crisp, salted fries. But for each outstanding hit, there is a miss.

The duck might be Evangeline’s signature dish, but a far better choice is the extraordinary looking golden-brown whole poussin (young chicken) that comes out of the kitchen served in an oval-shaped French copper skillet.

Erik Desjarlais, the restaurant’s thirty-two year old chef formerly of Bandol on Exchange Street, says his goal with Evangeline is “to offer both ends of the dining spectrum.” He wants “people to come in and have a twelve-course meal if they like, or sit at the bar and order steak frites and a glass of table wine.”

He claims Evangeline “is not really a French restaurant, but inspired by French cuisine and the French lifestyle.”

And as much as France inspires the menu and the mood, it is Maine that provides many of the ingredients. Desjarlais has teamed up with Sparrow Arc Farm in Unity. Twice a week the farmer drives down to Portland in his truck to share fruit and produce with the chef. For Desjarlais, every detail of the restaurant matters, down to the name.

“We brainstormed and came up with more than 150 names,” laughs Desjarlais. “I kept thinking about Longfellow Square being right outside the window. So I did some research on Longfellow and remembered the famous poem we all had to memorize from high school. Even if you don’t know the poem, Evangeline is a pretty name.”

Speaking of pretty, desserts at Evangeline are a strong point. The pot au chocolat is not to be missed. It arrives in a huge white French soup tureen and is scooped out tableside. It’s a classy presentation and every bit as good as it looks. A complimentary plate of petit fours included sinfully rich chocolate fudge squares and little lemon teacakes. A sweet ending, indeed.

Evangeline has only been open since April 2008, but Desjarlais is clearly talented and his passion is one of his most important ingredients. One can only expect that this charming bistro will soon take its place on the list of Portland’s top restaurants.

Posted by Matthew and Heather Linehan, Owner at 11:36 AM No comments: 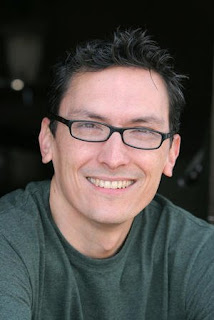 FRESH CHEF
Good stuff still to be had post-frost
GUY HERNANDEZ
Bar Lola, Portland
Editor's note: With the season for farmers' markets drawing to a close, this will be our final Fresh Chef column.
A few weeks ago, as the summer vegetables were starting to wane, I asked Chris from Fishbowl Farms what he was excited about next. Without hesitation, and with the sincerity usually reserved for heirloom tomatoes and the like, he told me, "Parsnips."
He had some that day, but what he was waiting for was a real frost. After that, he told me, the ones he harvested would be like "candy from the ground."
Matt from Sparrow Arc Farm stopped by the restaurant the other day to show me what he was carting to and from market and, after the usual vegetable tour, he reached into a box and pulled out, with some pride, a rutabaga. Not just any rutabaga, although these were gorgeous as well, but an heirloom rutabaga.
Not too long ago at Bar Lola we served a braised-rabbit dish with Chantenay carrots from Laughing Stock Farm. Someone asked me to describe a Chantenay carrot, and I told them to think of the kind of carrot Bugs Bunny would like; the kind of carrot a 5-year-old would conjure up; a carroty carrot with the greens still attached and perfect, orange crunch.
We may be getting to the end of the farmers' market, but the carrots, parsnips, beets, rutabagas and other late-season vegetables are still worth the trip. They are great raw, pickled, braised or roasted or pured. They can be sweet, sour, salty, spicy. They can whet your appetite at the start of a meal. They can be a meal themselves. And they can be the perfect sweet spoonful to finish an evening.
While root vegetables may not often be considered sexy, they are to the folks who pull them from the ground to bring them market, and I appreciate that.
ROOT VEGETABLE GALETTE WITH GOAT CHEESE AND SWISS CHARD
PAT BRISE
21/2 cups all purpose flour
Pinch of salt
8 ounces butter, cut into small pieces and chilled
1/2 cup cold water
Sift the flour and salt together in medium-size bowl.
With your fingertips or pastry cutter, work in the butter until mixture resembles a coarse meal.
Slowly add cold water, a little at a time, gently working together until dough just comes together. Press into a disk, wrap in plastic film, and chill for 30 minutes.
ROASTED RUTABAGA
1 large (2-21/2 pound) rutabaga peeled and cut into 1/2-inch wedges
2 tablespoons peanut or canola oil
Salt and pepper to taste
Preheat oven to 400.
In ovenproof skillet, heat oil over medium-high heat.
Add rutabaga and saut on stove top for two to three minutes.
Season with salt and pepper and roast in oven until tender, 15 to 20 minutes.
PAN-ROASTED PARSNIPS
1 pound parsnips, peeled and quartered
2 tablespoons peanut or canola oil
2 tablespoons butter
2 sprigs fresh thyme
Heat oil in skillet over medium-high heat.
Add parsnips (work in batches if they don't all fit comfortably) and cook until they begin to color, about five minutes.
Add butter and thyme and continue cooking until tender.
Drain on paper towels and reserve.
CARAMELIZED ONIONS
2 medium yellow onions, peeled and thinly sliced
2 tablespoons olive oil
2 tablespoons butter
In large pan stir oil and sliced onions together over moderately low heat.
Cover and cook slowly until very soft, about 30 minutes, stirring occasionally, being careful not to brown onions.
Uncover, add butter and continue to cook until golden brown.
Remove from heat and reserve.
BLANCHED SWISS CHARD
1 pound swiss chard, stems removed and saved for another day
Bring large pot of salted water to rolling boil.
Blanch swiss chard leaves for two minutes or until soft.
Shock in ice water, drain and pat dry with paper towels.
FOR THE TART
8 ounces goat cheeese
8 ounces crme frache
Preheat oven to 400.
With wooden spoon, beat goat cheese and crme frache together until smooth. Roll pat brise out into 12x15 rectangle.
Transfer to parchment-lined baking sheet.
Spread goat cheese/crme frache mixture out into 9-by-12 rectangle in middle of crust.
Evenly distribute chard, onions, parsnips and rutabaga over cheese mixture.
Drizzle with olive oil and season with salt and pepper.
Fold free edges of pastry over mixture.
Brush crust with olive oil and bake until golden, about 40 minutes.
Remove to wire rack.
May be served warm or room temperature.
Posted by Matthew and Heather Linehan, Owner at 11:15 AM No comments:

Sparrow Arc Farm offers gourmet and heirloom vegetables, salad greens, cut flowers and culinary herbs. Based in Troy, Maine, we are independently owned and operated. Our clients include the Zagat-rated L'Espalier restaurant, located on Boylston Street in Boston and offering new-French cuisine; and Sel de la Terre restaurant, with locations in Boston's Back Bay, Financial District, and at the Natick Collection in Natick, Mass. You can also find us at the Kennebunk Farmers Market, running seasonally in Kennebunk, Maine.

Owner Matthew Linehan would love to hear from you -- feel free to stop by the farm, e-mail us at sparrowarcfarm@gmail.com, or read more about us in the local culinary media. Cheers!
Posted by Matthew and Heather Linehan, Owner at 11:04 AM 2 comments: 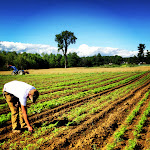 Matthew and Heather Linehan, Owner
Sparrow Arc Farm is a family farm, cropping 40 acres of vegetables annually. We market to restaurants, in Boston and NYC, and offer CSA shares in Boston at various pick up locations. We are an uncertified organic facility, meaning we follow the USDA organic standards but choose not to certify due to the fees and paperwork, which are a considerable obstacle for a smaller, family-owned business and our markets do not require it.